A Taste Of Blake 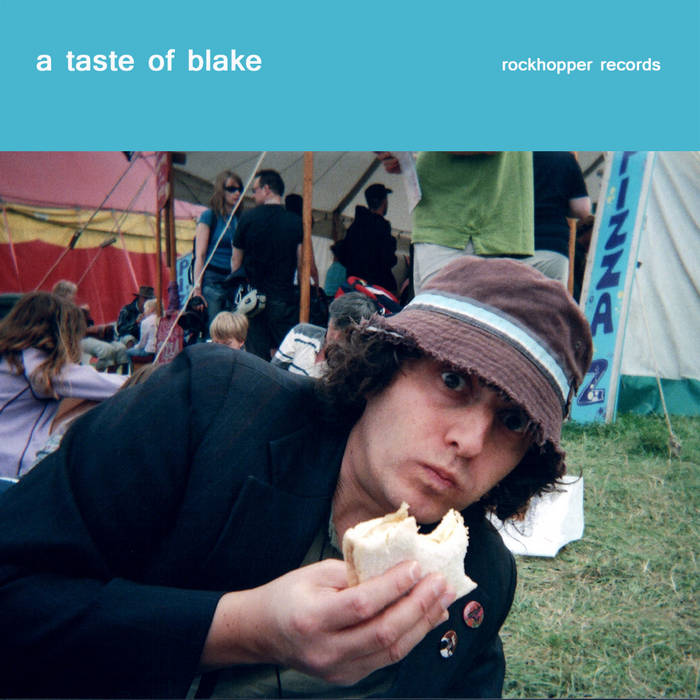 A Taste Of Blake is a compilation of 20 of the best tracks from my records 2003-2010. This digital edition includes 6 bonus tracks and a 2012 remixed version of 'A Better Way' by Andy Rowland.

2010 album notes:
It was 1998 and I was 27 when I realised that I wasn't very good at writing poems and concentrated on writing songs instead. I'd written my first semi-decent one ('Sacrosanct', which appears on 'Antheology') the year before, and, even though I suspected I'd left it too late, I spent the next five years endeavouring to get a group together: first The Dead Sea Souls, then The Dandelions and, eventually, Karmatruffle. In October of 2002 I was dumped by my (then) fiance and I finally hit a rich songwriting vein (a bit of suffering always helps), culminating in 2003's 'Solomon's Tump' and the majority of Karmatruffle's early material, including 'A Better Way' and 'Such A Shame'. Magda McCaffry, the original bass player in Karmatruffle, was a great influence on me and my songwriting was greatly helped by the back to basics approach of two artists she introduced me to at this time: Hamell On Trial and The Bevis Frond (more specifically two amazing albums: Hamell's 'Choochtown' LP and Bevis's live album 'American Music Hall'). By 2007 however, Karmatruffle had split - we had been signed, released a single, parted acrimoniously from the record company, self-funded our own debut LP, toured endlessly and got completely disillusioned with the music industry and the general apathy we encountered. I had gone solo in an effort to record and release my enormous back catalogue of songs that had not been of interest to Karmatruffle. 2007's 'By The Banks Of The A350' was supposed to be a farewell album - and it very nearly was - but then so were 'Final Whistle' and 'Carruthers Gets Bashed' before it! With this 20 track compilation, I may have reached that point again where I am convinced that the cupboard is now indeed bare and I have nothing more to say. I sincerely hope, however, that you will find something that suits your palate amongst the cuts on offer. That will certainly make the journey more than worthwhile.

I sincerely hope you enjoy this LP and will be encouraged to explore further the world of Blake. Heartfelt thanks to everyone who has supported me over the last seven years or so in the creation of this music, especially my good and faithful friend Mr Paul Kench and my long suffering wife, Sarah. Bless you both.