← more from
Subjangle
Get fresh music recommendations delivered to your inbox every Friday.
We've updated our Terms of Use. You can review the changes here. 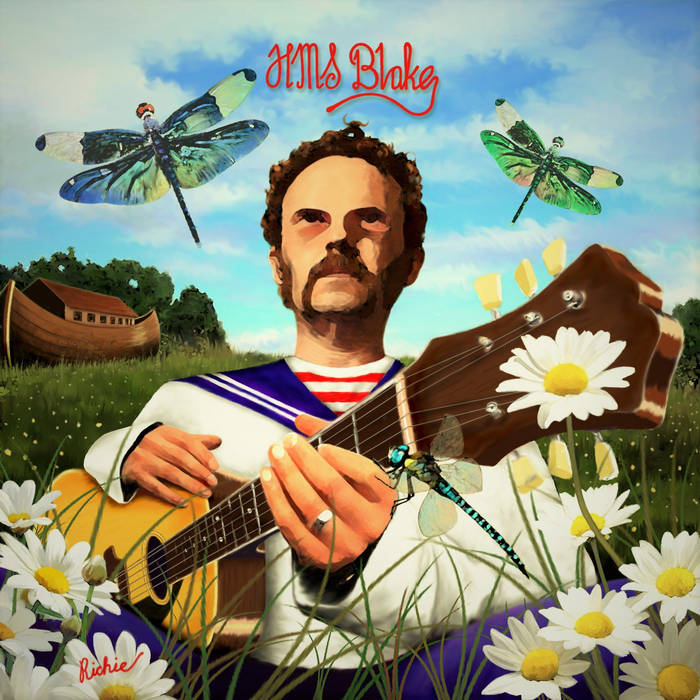 
It all started on 28th March 1969 when Blake’s father interviewed John Lennon for the Birmingham Evening News. Lennon came on to the line from his room at the Amsterdam Hilton and bellowed "Hello Birmingham!" in a Brummie accent. When Lennon was shot in December 1980, Blake was told this story for the first time. From that moment onwards, Blake knew that he was going to be a musician.


Blake began his career singing and playing bass in a Joy Division covers band at school but he didn’t discover his song-writing abilities until his late twenties. In 2004, his home-recorded debut album, Solomon’s Tump, came to the attention of London indie label Ecto Music and he was asked to sign as a solo artist. By this time Blake had formed a psychedelic rock band called ‘Karma Truffle’ and he persuaded the label to sign the band instead. After recording an E.P. and one album, the band split and Blake struck out on his own, recording his music at home and developing an underground following as a DIY artist. He adopted the moniker ‘Blake’ inspired by William Blake, his favourite poet who self-published his works using a home-made printing press.


Blake’s crowd-funded 2012 album, Stay Human, was dedicated to the murdered Italian peace activist Vittorio Arrigoni and released on 208 Records to critical acclaim. In 2014, Blake was invited to perform songs from Stay Human and its follow-up, Star Over Bethlehem, at the ‘Bethlehem Live’ music festival in Palestine. His 2015 song, ‘Vinyl Junkie’, is featured in the British crime film, ‘Dragonflies Only Live for 24 Hours’. RIDE, Blake’s 2018 album, was also crowd-funded and marked his first release on vinyl. 2020’s lockdown recorded LP, 1971, was picked up on by the exciting South African based indie label, Subjangle.


The label is releasing 1971 as part of a lavish double CD package including six new songs and a second disc career retrospective. Entitled HMS Blake it is launched on 25th September. Blake is featured in the September issue of Relix magazine, with his song ‘Vinyl Junkie’ included in the accompanying CD sampler.


All Blake’s releases are available from Bandcamp: thisisblake.bandcamp.com


"An eclectic mix of classic 60s sounds with a touch of early 70s and a sprinkling of the 80s.. FAR OUT !!!" The music was so groovy I came back for another listen..Check this dude out, folks."
Todd Dillingham


"Admirers of the Bevis Frond’s earliest bedroom recordings, with squeaky Farfisa bleat, fuzzy guitars and crash-bang drums will find much to admire on his album ‘By the Banks of the A350’..." Phil McMullen, Terrascope Online


"A pulsating, trippy nod to the late 60s, this talented England-based artist is one to watch and groove to for the long haul.” Alan Haber, Buhdge

Thanks from Blake to Rich, Joe, Paul, Hugh, Dean, Sarah, Daisy and Noah for helping to build HMS Blake.

With special thanks to Julie Fowler of coloursthroughtheair.blogspot.com for her passion in getting this project off the ground and assistance in selecting CD 2 tracks.