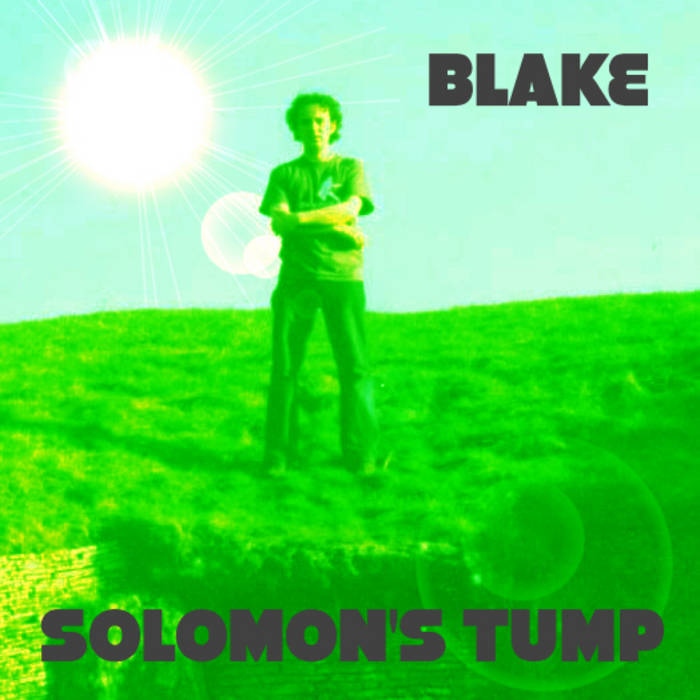 I was dumped by my fiancé for a soldier in 2002 and this unfortunate event led to a fantastically fertile period of songwriting and, eventually, the Solomon's Tump LP. It was recorded on a borrowed Tascam analogue eight track machine in my bedsit in Cheltenham in 2003. The master tapes were transferred to CD by Mike Hill at Attic Studios in Bishop's Cleeve. I initially gave the first copies away to my friends. I used the moniker Bernard Blake, after an old chap I knew from work. My mate Paul, who had recently joined my band Karmatruffle, had just started going out with the head of an indie label, somewhat fortuitously. His girlfriend heard it and asked me to sign with her record company. Obviously, I did, but I persuaded her to sign Karmatruffle, rather than just me. We ended up cutting our debut EP, 'She's Not All That' with the label, which included the track 'Let It Go' from Solomon's Tump and two others I had recently written. The Solomon's Tump album itself was shelved until after Karmatruffle split up, when I decided to give it a proper release via CD Baby in 2006. I re-recorded three of the tracks (‘Beautiful Person’, ‘Round and Round’ and ‘Lost The Plot’) as the originals weren’t quite up to scratch, I thought, and I left off my version of ‘Humankind’ as Karmatruffle had recorded a much better version on our debut LP 'What You Do Comes Back To You'. Solomon's Tump is exceedingly lo-fi and rough around the edges (as I say, it was recorded in my bedsit) but I'm fond of it. I had to record the drum parts for all the songs in one three hour session I'd booked at a rehearsal room. I seem to remember finishing the drums on 'Silver Sun' with a minute to spare. I didn't have time to re-do anything. If you download the whole album you'll find five bonus tracks, including the songs that were excised from the original release. Hope you enjoy it.

Produced by Blake.
Blake: vocals, acoustic guitars, electric guitars, bass, keyboards, drums, percussion.
Recorded at home, except for the drums recorded at Lansdown Studios, Cheltenham, on a Tascam analogue 8 track machine.
Transferred to CD by Mike Hill at Attic Studios, Bishops Cleeve.
This album, in all its imperfection, is for Hayley.
Thanks to: Sarah, Magda & Dom, Phil & Mike from Vinyl Vault, Shaun, Dean & Amanda, Karmatruffle.
Inspiration: Danny Kirwan, Nick Saloman, Ed Hamell, Charles Bukowski and Bill Hicks.
"At seventy I realised that instead of being a lunatic, I was a moron." Ezra Pound.