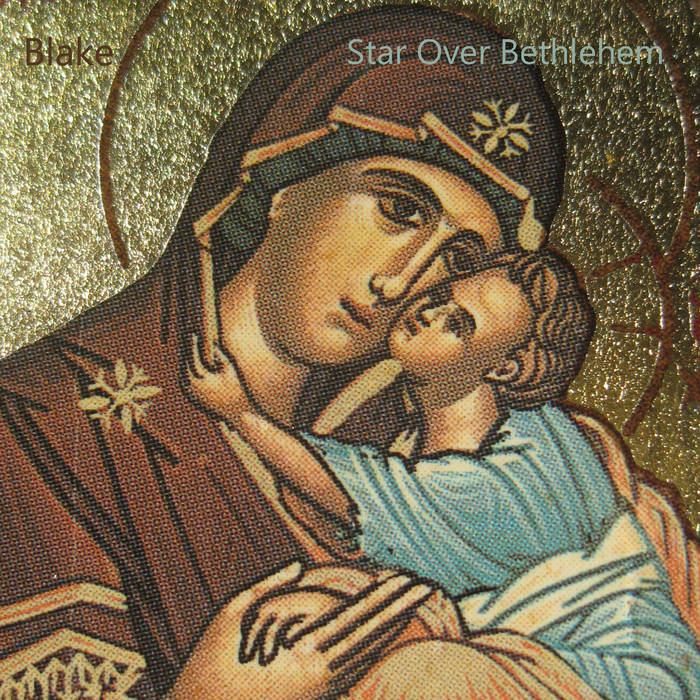 'Star Over Bethlehem' tells the story of the Nativity through voices of the prophet Micah, Mary, Joseph, the Magi, Zechariah, Gabriel, the Innkeeper, the shepherds and Herod the Great. I wrote the majority of the songs in the run up to Christmas 2012 inspired by Jake Thackray’s beautiful songs ‘Joseph’ and ‘Remember Bethlehem’. (I uploaded live versions of these songs to YouTube around this time: www.youtube.com/watch?v=iwXA-azFBjw)

Apparently, Thackray wrote the songs when he was working as a teacher for his school’s nativity play. I originally thought that I would try and do a similar thing but the songs turned out to be a bit too grown up for a children's nativity and I realised I was writing a sort of rock opera instead.

I began recording the album in April 2013 with Joe Brown producing. It took eight months to complete the record. Some of the tracks I recorded at home on my Tascam Portastudio. The drums were recorded at Nam Studios, Holt, Base Sound Studios in Stroud and, in the case of the song 'Star Over Bethlehem', in my lounge.

What I tried to do was weld a late sixties/early seventies rock vibe (heavily influenced by the original cast recordings to 'Jesus Christ Superstar' and 'Hair') with middle eastern musical influences. Lyrically, I attempted to emulate Jake Thackray by concentrating on the feelings of the protagonists, particularly Mary and Joseph.

The bonus tracks include eleven songs which complete the telling of the story but which I did not have time to finish recording fully by the time the album was released on 13th December 2013. Also, the album would have to have been a triple to accommodate them! These tracks are therefore mainly simple acoustic sketches assembled from the original demos I had made. However, you can now hear the album as it was originally conceived by programming the songs in this order:

This edition of the album also includes a two new mixes of the song 'Star Over Bethlehem'. This track was always supposed to be a duet between Mary and Joseph but I did not have time to record a vocal from Beth Evans, who plays the role of Mary, in time for the original release date. Both new mixes features Beth's sister Amy (Jarvis) contributing a gorgeous harmony vocal. The first mix was released as a single on 1st December 2014. The second mix appears on the 2020 compilation, HMS Blake.

In addition, three of the songs from the Star Over Bethlehem launch concert (with Amy singing the 'Mary' vocals), are included as bonus tracks. The complete "Star Over Bethlehem Concert" is available as a free download on Bandcamp: thisisblake.bandcamp.com/album/the-star-over-bethlehem-concert

"Blake is a rising UK talent, a true conceptual auteur. Here, he's set his compositional skills and five or six instruments to work to create a rock opera version of the Nativity story. It's a corker of an adaptation. Blake incorporates traditionally Middle Eastern scales into his neo-psychedelic rock; he's one of the few modern Christian musicians I've heard who can make minor keys properly jaunty. He hits all the major story points - a haunting rendition of Micah 5.2 to open, a mysterious annunciation, a joyful proclamation at Christ's birth - but what I find far more distinctive is the human element he emphasises. There's an anachronistic-but-adorable courtship between Mary and Joseph, a very real sense of Mary's fear at having to tell Joseph of the pregnancy, and so forth. At first, I considered the album too low-key; "Mary's Magnificat", for example, takes the form of a very simplistic '60s pop revival tune, not the massive anthem into which Hillsong adapted it. But, in truth, the Nativity WAS a low-key story from the perspectives of much of the wider world, and it's lovely to hear it as it must have at first been perceived. A final note: all proceeds from this album go to charities working in Israel and Palestine - this isn't just an album about the birth of the Prince of Peace, but a project that still cares about the meaning of that title today."