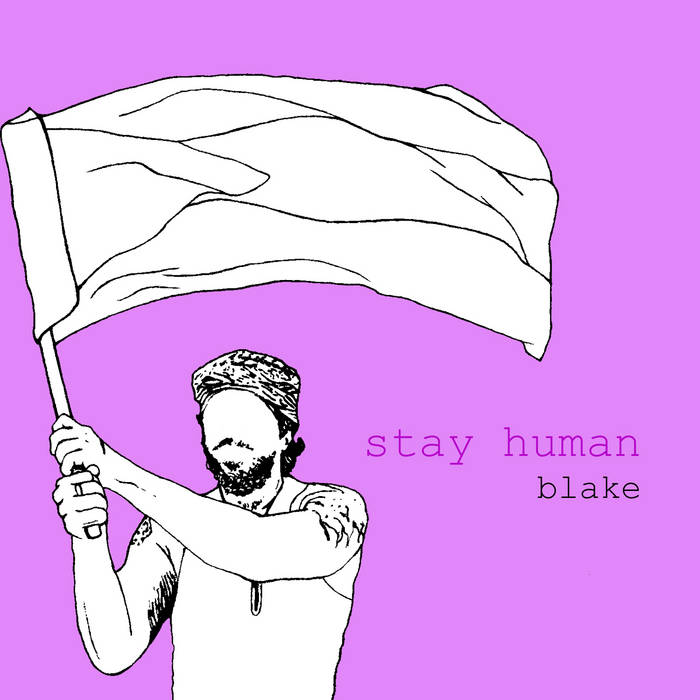 'Stay Human' is inspired by the life of the Italian reporter and peace activist Vittorio Arrigoni, who was murdered in the Gaza Strip in April 2011 by a Palestinian terrorist group. Arrigoni was one of the few foreign journalists present in Gaza during the Israeli military offensive Operation Cast Lead, December 2008 to January 2009. He published a book, Restiamo Umani (Stay Human), a collection of his reportage from this period. Arrigoni coined the term ‘stay human’ as a call to the world not to let our humanity be diminished by allowing human rights abuses to go unchallenged. The album was funded with the support of friends and fans via the Pledge Music website. The profits from the Stay Human campaign went to the Greenbelt Festival, where I premiered the songs from the record live in August 2011. Through this album I hope to raise awareness of Vittorio Arrigoni's life and mission; a beautiful man whose integrity and humanity has moved me deeply. I really hope you will enjoy it.

What is it about music that draws us so intimately to it? I’ll tell you what it is – it’s about magic and it's about vibrations. If the art is strong enough, it can resonate with your everyday thoughts and feelings, hopes and desires. Often, music acts as a soundtrack to one’s passage through time, chiming with life’s twists and turns like no other medium can.

It was during a recent meander through the Wiltshire countryside I was made aware of Bernard Blake’s new album, Stay Human. To my receptive ears, it’s a glorious collection that reflects the artist’s wide range of talents and moreover, the qualities I talk of above. While Blake pays due homage to his influences, it’s his integrity that’s stamps itself over the 10 tracks contained on this long playing disc. In a world dominated by “me, myself and I” - it’s a rare beacon of light in a selfish landscape.

Take “Fire Fire” for instance, a swipe at inactivity and impassiveness that never once borders on sanctimonious. “Salvation” too is a raucous cry from the heart awash with emotion and yearning harmonies. “Too Dark Too Deep” blends gentle harmonies and mournful lyrics calling for illumination over barren lands and forgotten souls. Less challenging is “Shooting Star”, a breezy, beat-ridden 4 minutes that belies its pop sensibility with honest emotion. Similarly, “Anyhow” revels in shimmering guitars and yearning sentiments with a tight succinctness .

While not a concept as such, the unifying theme of the album is in tribute to murdered peace activist Vittorio Arrigoni, the 36-year-old reporter who died in Palestine during April 2011. The triumvirate of songs ‘Stay Human’ and the haunting chant that close the disc are a respectful tribute to the Italian’s humanitarian efforts that were cut down so cruelly. Somewhat appropriately, the album's finale is the optimistic “That Day Will Come” – a wish for the world to rejoice in harmony and peace.

All in all, it’s a fabulous piece of work, and like many who will undoubtedly fall for its charms, I shall return to it more than once.

Thanks to: all the above for generously donating your time and skill to this project, Jenny Ann Pereira and everyone who pledged their support via Pledge Music, Rob Dady, Terry Sheppard and Simon Wells at 208 Records for believing, Benji Rogers and the team at Pledge Music, Paul Northup, Eleanor Mottram and Tom Davies at Greenbelt, Mary Tapping at Sarum Link, Roger at Rover Music, Liz Weldon, Jill Perrett and Claire Horton for the backing vocal arrangement on ‘That Day Will Come' and, lastly, and most importantly, to Sarah and Daisy for putting up with me through it all.

Special thanks to Andy Rowland - couldn't have done it without you! www.gatehousestudios.co.uk

This album is dedicated to Vittorio Arrigoni 1975-2011 - a winner, remembered for his dreams.

“Vittorio is not a ‘hero’, he’s not a martyr, he is just a boy, like many of you, a boy whose intentions were to claim, with his own life, that human rights are universal and they must be respected and preserved everywhere all over the world; a boy who knew that injustice must be revealed and documented so that no-one, living a safe life, could ever say: I was not there, I didn’t know…stay human, peace be upon you.” Egidia Beretta Arrigoni, mother of Vittorio Arrigoni