The Latest Pop Sounds from Blake 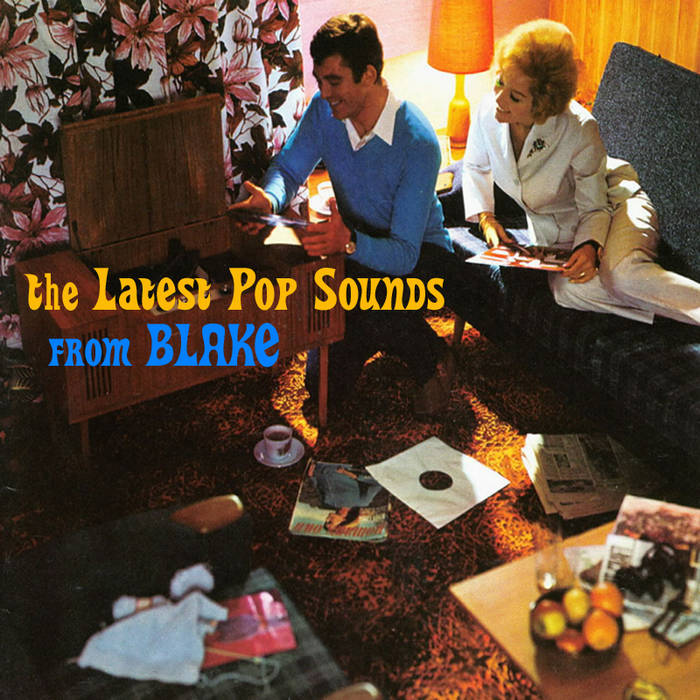 Recorded in 2009 and released in January 2010, I meant this album to be my final push for glory! I selected ten tracks from those I had written since the release of 'Antheology' in 2008 (which eventually became twelve) and attempted to emulate Lou Reed's concept for The Velvet Undground's 'Loaded' LP, i.e. that it would be 'loaded' with hits (well, good songs at least!) I made a conscious effort to record each track as well as I possibly could on my Tascam eight track recorder in order to maintain the highest standard of fidelity. Whereas I would usually let mistakes go in the process of recording, on this record I wouldn't be satisfied until I had a perfect take. I was pretty pleased with the final product, although I did change the album title at the last minute. I was going to release it as 'John Hooper, martyr' with the medieval woodcut cover (one of the free downloads with the album) but I thought this would eliminate whatever tiny chance of commercial success it had left. I reverted to a shot taken from a 1966 fashion and homeware catalogue that belonged to a friend of mine, and opted for the sixties retro theme. In any case, it failed to chart!

"With a cover photo fresh out of the August 1969 issue of Groovy Interiors magazine, you arrive at this lp with certain expectations. Namely, that Bath singer/songwriter Blake, AKA Julian Pugsley, likes his music with a drop of Mellow Yellow in the mix. And, when you listen to it, you realise that’s true. But that’s not all. Across the 12 tunes on this lp, there are plenty of cleverly crafted ‘60s-inflected mini pop gems. However, Blake finds room for a few synths, a couple of garage rock fizzles and the odd indie fringe-shaker.

In fact, opening track “Rag Doll” is a proper wrong-footer. Misty effects and wavy eastern synths lay on some metaphorical dry ice before the regimented guitar and icy Ian Brown delivery turn it into something like Joy Division with added disco. If you’re left feeling chilly, “I’m Not Thinking About You” follows this up with a big T-Rex cuddle of flighty acoustic bubblegum. All before “Envy Street” splits the difference with a Reverend & The Makers meets The Kinks bit of spiky social commentary; containing the album’s best lyric, “Mrs Jones has got a new conservatory.”

As this seesaw of frothy wiggling and moody introspection continues, it makes for an interesting ride. From the trippy bounce of “Sue”, you’re taken to the big, bleepy Kraftwerk shapes of “The Blue Room.” Then, from the woozy, Dylanesque charm of “Goodbye,” you’re kicked out in to the cold with the windswept Johnny Cash vibe of “The Ballad Of John Hooper.” And while “You’re So Square” and “My T Rex” possess the beautifully fuzzed-out atmos of The Velvet Underground, “Ordinary Person” has all the anthemic architecture of classic Oasis. Only without taking itself too seriously. Thank God.

The stylistic mood swings on ‘Latest Pop Sounds…’ make for an entertaining listen. But luckily every track has the same keen sense of melody that no amount of weird effects and Wedding Present feedback can ever compensate for. Good, solid pop music. Even down to the baby gurglings and crystalline acoustics that make up final track “Daisy.” John Lennon may have made half the world cringe with “Beautiful Boy”, but here Blake has the good sense to leave the vocals to the infant."

All songs written by Blake, except 'Rag Doll' by Blake/Mulligan and 'My T Rex' by Blake/Prais, © Rockhopper Records 2009. Produced by Blake. Recorded at home and at St Katharine’s Church, Holt and Nine Volt Leap studios, Melksham. Back cover photography by Alan Tyghe. Tray photography by Angela Pugsley. Thanks to: Sarah, Cas, Mum, Dad, Paul, Chris, Joe, Port Erin, Alan & everyone at St. K's. This record is dedicated to Daisy Hope Pugsley.

"God will draw to the divine life all whom God wishes, in the ways God wishes; for truth, and the way to truth, belong to God and not to us." Keith Ward