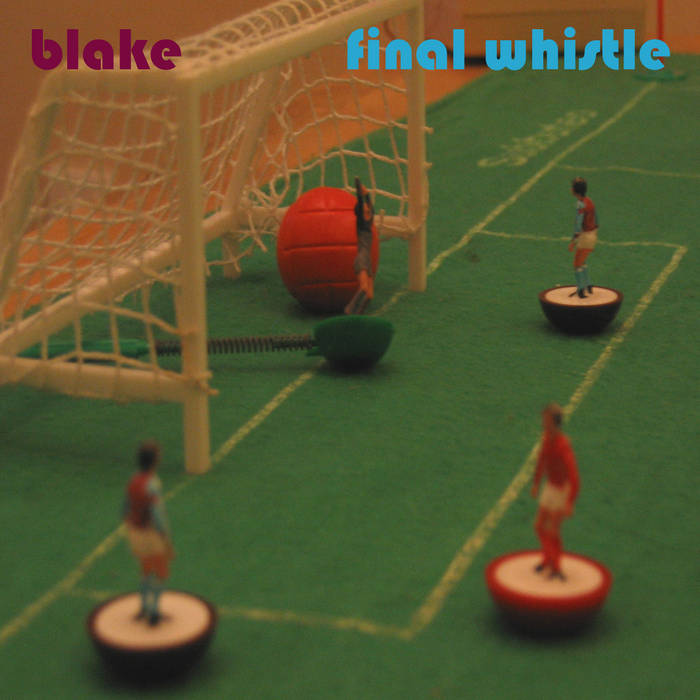 Back in 1982 Aston Villa were crowned Kings of Europe and eleven year old Julian Pugsley was allowed to stay up well beyond his bedtime to witness this remarkable achievement on TV. Of course, with school the next day the celebrations were short lived – in fact, none of Julian’s friends at school supported Villa, but the beating he received at the hands of the older Liverpool fans didn’t seem to hurt as much. It was a golden moment – and one that Julian knew, deep down, would never be repeated in his lifetime.

How did it come about? Well, I started a band in 2002 called Karmatruffle with my good friends Magda McCaffrey (nee Singer) on bass and Amanda Ranson on drums. We were basically a Bevis Frond Tribute band – but we started writing our own material when we realised that very few people had ever heard of The Bevis Frond! You can read more about the story of Karmatruffle and our spectacular rise and fall elsewhere so I won’t go into all the messy details here. Suffice to say, we were signed to a London-based indie label, undertook a UK tour, headlined at the Cavern Club, released one single and one album, and then disappeared without trace.

After Karmatruffle split, I was determined to record all the songs I never got a chance to play with the band. A lot of the songs I had written didn't fit with the indie-rock formula we'd developed and I had a huge back catalogue of demos by this point. The album title refers to the fact that I realised my time in the pop world was running out (the missus was making noises about babies). However, what were the chances that I was going to pull it out of the bag like Villa did in the 1982 European Cup final? Not that good, to be honest. I bought the Tascam FX-01 digital eight track to record on because I just couldn't get my head around Cubase - I needed knobs! I recorded the whole thing, including drums, in my house in Melksham. When I had finished I really thought it was all over! Not quite...

Take a trip through the world of Blake and remember a time when Sally James was the hottest thing on TV and Aston Villa were Kings of Europe!

From the now-legendary Oasis Maine Road gig to Londoner Rod Stewart’s infatuation with Celtic, rock and footie have often crossed paths. Although it’s possibly indicative of the low-key scale and intimate sound of ‘Final Whistle’ that Julian Pugsley – AKA Blake – chooses the wobbly world of Subbuteo players for his album cover. This Bath-based solo player covers off many of the classic indie bases over the course of the 14 tracks here. But all are done with a lightness of touch and a dry wit. “This woman’s no good for me, but she’s attractive,” opines Blake on the lo-fi Talking Heads funk of “Black Magic”, while the lazy fuzz of “Circles” bizarrely name checks 16th century Archbishop of Canterbury, Thomas Cranmer. For the most part, though, it’s a case of simple songs sweetly sung. “You’re Gonna Let Me Down Again”, for instance, bounces along with King Creosote folkiness and a suave Bryan Ferry-esque vocal. Similarly, “Did It Again” could be a manly Noel Gallagher strumalong and “Beautiful Star” evokes the delicacy of McCartney’s “Blackbird”, while “Piece Of Me” has more of Lennon’s veiled disdain going on. Even when Blake decides to put on his rock cardigan, it never loses that element of introspection. “New Wave Kid” and “Lucky Man” are oddball ‘60s cuts that are cute and weird in equal measure. Conversely, “See You” taps into Pixies-lite proto grunge – but never hides its romantic soul behind the grime. It’s only in the closing title track that Blake succumbs to a cavernous, mind-altering psychedelic wig out. And, to be honest, it suits him and few more wouldn’t go amiss. But that’s a minor quibble and there’s no denying that the rest of this album offers an accomplished flourish of intelligent, soulful pop that’s more seductive than a box of After Eights.

All songs written, performed and produced by Julian Pugsley.

Blake would like to thank God, Sarah and everyone who has taken an interest in the things he gets up to in his room.